Why hosting homestays for foreign students is so rewarding 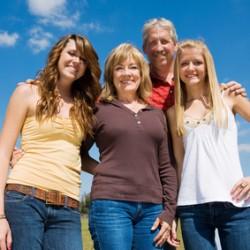 Hosting foreign children on paid-for language stays is a great way to supplement an income. But with whole host families discovering a fresh outlook on life, the fringe benefits are proving even better. This summer, Jane Davies’ 15-year old daughter will be staying with a Spanish girl and her family in Spain. It’s her first overseas trip without her family. It’s a big step but the Spanish girl stayed with Jane and her family in their Wiltshire home last summer on a paid-for stay to improve her English. While enjoying the experience, the girls became great friends. So Jane is confident her daughter will have a wonderful time. She is also expecting her to return from her Spanish trip with a whole new outlook on life. That’s what many people who host children on paid-for homestays have discovered; not only are new, international friendships forged between families but cultural horizons are widened too.

There are unexpected opportunities to travel to new places and in the case of this British and Spanish family, a unique bond develops. Jane says, “They’re now planning a language exchange next summer too.” Jane is not alone in discovering such rewards. Pauline and Neil de Reybekill have similarly discovered there are more benefits to hosting than meets the eye. Pauline, who started hosting children in the family’s Midlands home in 2010, says, “We have made several good friendships. We’ve met great people and had wonderful times both at home and abroad with parents, and even had a holiday in the apartment of one boy’s grandparents.” The friendships that develop through homestays are quite unique. Living under the same roof, eating together, learning together, and sharing cultural and sporting activities in a welcoming, holiday atmosphere helps to create a unique bond. Hosts play a major role in creating that positive atmosphere, says Lizzie Foulon. Based in Lincolnshire, she and her family began hosting children on paid-for stays in 2007. “I like taking people to places, talking to them and seeing them enjoy themselves,” says Lizzie, adding, “but that long-term connection has to be the best. I’d recommend hosting homestays to anyone who is prepared to put in the effort.”

For those who teach English as part of a homestay, there is another great source of satisfaction: watching a child progress both during and after the homestay. Like many hosts, English teacher Pauline de Reybekill stays in touch with many of the students who stay with her. She says, “Many have had great success in their school exams and some have gone on to higher study or work using their English skills. One boy now works for a top hotel chain in Paris, for example.” Lizzie Foulon tells a similar story, and it is one that could only have taken place as the result of a homestay.

A French girl with severe dyslexia came with her brother to stay at Lizzie’s home a few years ago. Through lack of confidence, she would only speak to Lizzie when alone, she explains. A bond formed and they stayed in touch. Lizzie says, “In the past four to five years, her confidence has really grown. We’ve watched her gain certificates that have allowed her to take the next steps in life. That has been hugely rewarding for us.” She adds, “She and her family are now like extended family for us. Their kids and ours will be friends for the rest of our lives.” These unique benefits are seldom the reason why people start their hosting careers. But most say they are the reasons why they continue. If you wish to become a host family on Lingoo - click here

New For 2021: Free Lifetime Memberships For All

How to Prepare for Your Language Au Pair Stay

How to Pick the Right Au Pair Host Family
END_OF_DOCUMENT_TOKEN_TO_BE_REPLACED 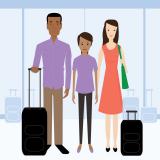 
Travel on your own or with a family group 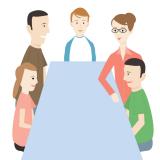 
Host language learners in your own home 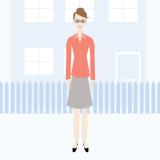 
Teach language students in your own home 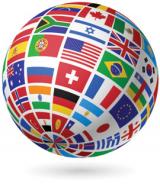 
Language learning around the world 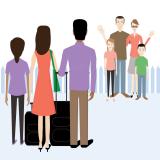 
Arrange language stays and cultural exchanges for your child